At Hanford, we believe that happiness brings success. Hanford have had 50 scholarships and awards in the past 5 years. We do not select for academic ability, but give girls the space and time to be children, encouraging them to follow their interests and to develop their talents.

It is this approach that enables the girls to fulfil their potential in the classroom and beyond and has led to scholarships in all areas: academic, art, drama, sport and music. 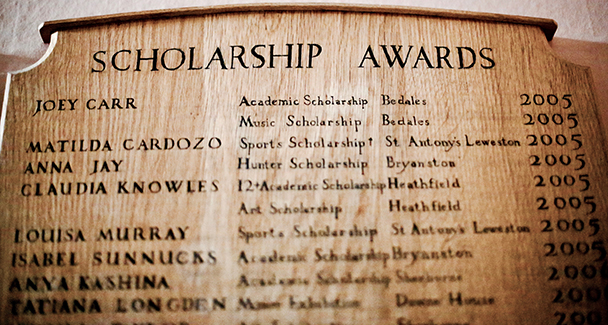 Success at Hanford is not just qualified by awards and prizes per se. It is also about the personal milestones, overcoming fears and reaching your goal. Behind every success story is an embarrassing first effort, a wobble, a setback or a complete change of direction but at Hanford we aim to teach girls to learn, move on and keep going.

For nearly 3 decades there has been only one year when we have not received a senior school award. Hanford girls achieve awards in all disciplines – all round, academic, art, music, drama, DT and sport.

Below are a few recent highlights

Hanford has always encouraged independence, not just in the day to day life of the girls in the school but in their thinking and approach to academic work. To think critically and have the courage of your convictions is actively encouraged by the teaching staff. 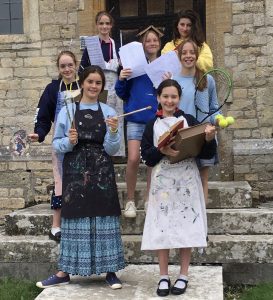 In each and every one of the last 5 years a Hanford girl has received either an art or DT scholarship or award. Creativity is an essential part of life at Hanford and is not just confined to paper, ink and clay but is also expressed through timetabled art appreciation and handwork lessons. Lucy, who runs the art department at Hanford, is incredibly ambitious for the girls and is always looking for new ways to stretch them to the limits of their abilities. Her recent task was to ask the girls to tackle the challenge of painting close up portraits of themselves on large scale canvas. This remarkably difficult task which requires maintaining perspective, texture and differentiation over large area was tackled by the UVIth with impressive results. 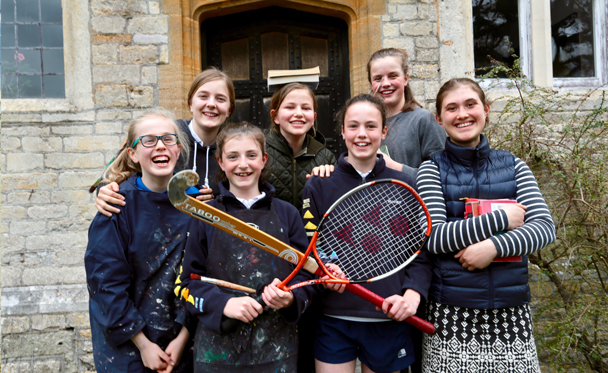 In each and every one of the last 5 years a Hanford girl has received either a music scholarship or award including a Choral Scholarship. This is testament to the wonderfully inspiring music teaching and department we have Hanford.  Nearly every girl learns a musical instrument and over three quarters even learn two.  Hanford has its own orchestra, chamber group, folk group and two choirs. There are pianos everywhere in the school including the UVIth common room and Hall and are much used. 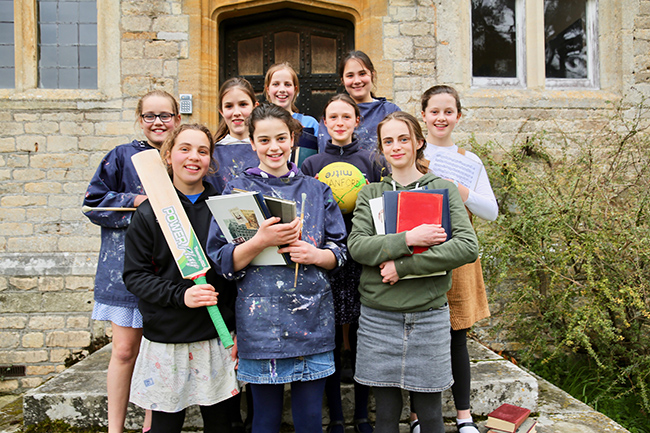 In the past 4 years a sports award or scholarship has been achieved by a Hanford girl . In 2018 Hanford U13 were Dorset Cross Country Champions at King’s Park, Bournemouth. In 2020 the U13 Netball team qualified for the IAPS beating six local prep schools to win a place in the finals.

Hanford girls seldom walk, they skip, canter, run and hop around the school so boundless is their energy. Girls run before breakfast and in the afternoons across the fields that surround the school, come rain or shine. Sometimes they go out just for the sheer fun of running, encouraging members of staff to join in; even the Headmaster has been known to ditch his bike on occasion, so contagious is their enthusiasm.