The U11 A team had a fantastic game on Saturday against Sherborne Prep. The whole team played fantastically well and with no reserves, they demonstrated good stamina to maintain their play throughout the entire match.

During the first quarter it was equal the whole way, with Sherborne just getting an extra goal before the whistle to end the quarter 2-3. Alice and Rose were shooting very well and using fantastic back line tactics to mislead their opponents.

The second quarter was again close and we were winning for the majority of the time. The girls played a calm game and were demonstrating some lovely movement in the centre court with Miranda, Ophelia and Elizabeth making good strong dodges and passing the ball ahead. At half time, the score was 6-5 to Sherborne.

The girls took a bit of a hit in the third quarter and ended up down by 3 goals. The score was 10-7 to Sherborne. Despite this setback, they went into the final quarter with real determination and came out with an even 1-1 score for that quarter. Eliza and Eva played superbly in defence to limit Sherborne’s chances at goal.

The final score was 11-8 to Sherborne. It was a very close game and Hanford U11s have shown a massive improvement over the course of this term.

The U10 A team played against a strong Sherborne Prep side. It was a very even, competitive match for the first two quarters. At half time, Sherborne were leading by 4 goals to 3.  Sherborne really got into their stride and pulled away in the third quarter and were winning 9-4. We scored the next two goals and drew the last quarter, but the final score was 11-6 to Sherborne. It was good for the girls to play a strong team and they learnt a lot from the experience.

Under 10B
The U10 team were really excited to be playing this afternoon and enjoyed a good performance against Sherborne Prep. Sherborne arrived with 6 players and so we lent them a different player for each quarter. Evie played for Sherborne in the first quarter and was strong for them, playing at goalkeeper but Charlotte and Apple scored a goal each to lead 2-0. Eleanor worked really hard at centre and gained possession on a number of different occasions and with Elsa at wing attack, the ball moved quickly in to the goal circle. By half time Hanford were 5-1 up. Hanford moved the ball well through the court and were always quick to any loose ball. The final result was 8-2. Well done to Evie who was awarded the player of the match.
Under 11B
Sherborne got off to a strong start and went 2-1 ahead. Julia and Libby worked well in the attacking goal circle and by half term were only one goal behind at 3-4. Poppy was strong at centre and worked well with Lucy in the mid court. By the end of the third quarter Hanford had managed to pull b back to make the score 5-5. In the last quarter Tallulah and Poppy worked well together in defence and Julia popped a final goal in to finish the game at 6-5 ahead. Well done to Poppy and Julia for player/coaches player of the match. 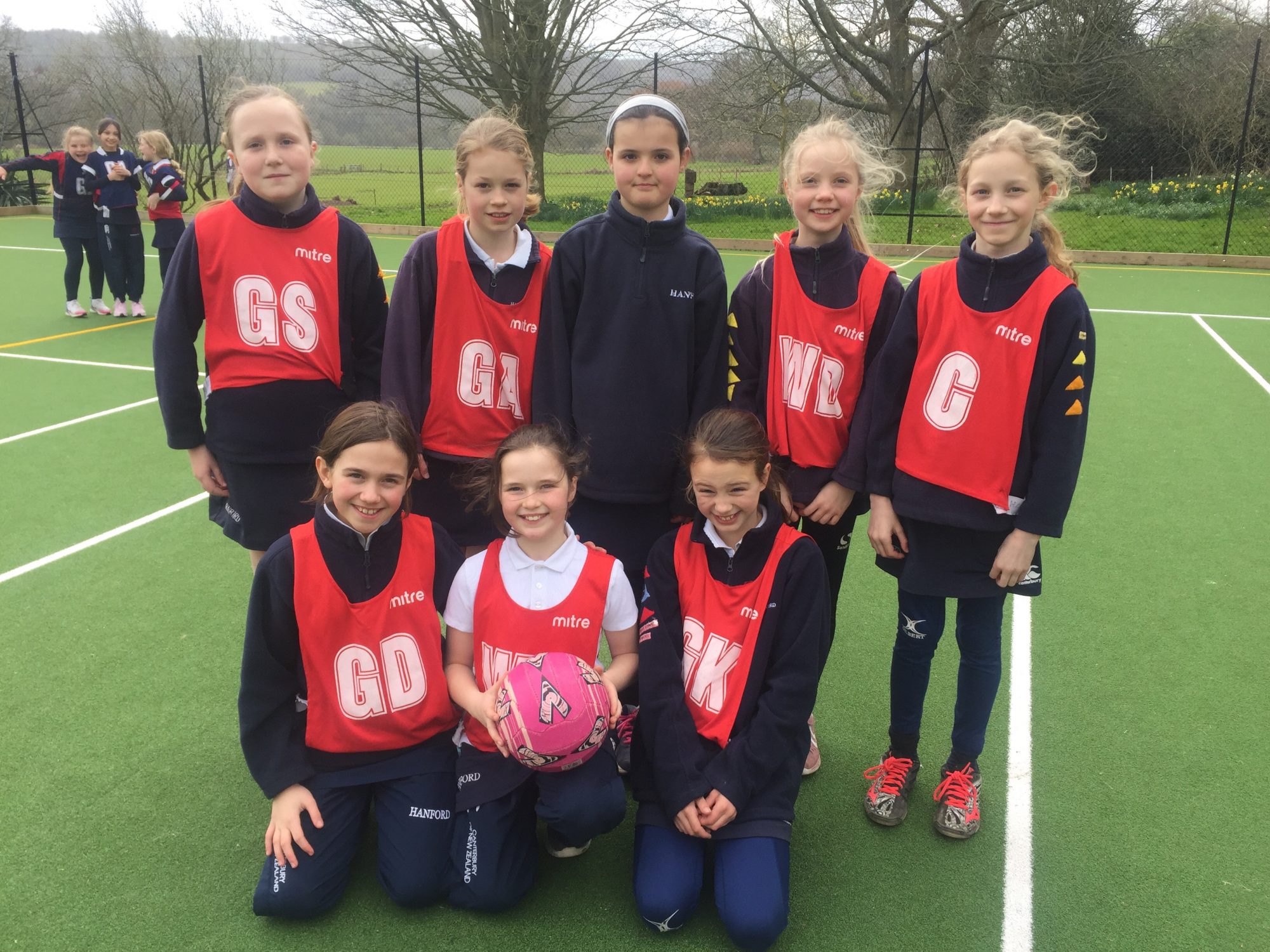 Another on of Hanford’s engaging, fun and enjoyable Well-being days …

An online well-being day was organised after many of us …

Congratulations to our UVIth girl Alex whose poem and poetry …