On Tuesday members of the Hanford Fifth form travelled to Monkton Combe to take part in their Choral Day. It begun with fun warm ups and an introduction from George Bevan, the Head of Music, talking about the importance of singing in the curriculum and how that anyone can sing.

One of the highlights was singing a version of ‘My Bonnie Lies Over The Ocean’ with us sitting up and down on words beginning with ‘B’ – not as easy as it sounds and eventually singing it in Canon. Other songs included ‘My Song’ which taught the girls about syncopation and 5 beats in a bar and a beautiful song called ‘The Boat’ based on words by Robert Louis Stevenson.
The day concluded with a short concert attended by parents. It was lovely to be singing again as part of a big group after so long not being able to do so. 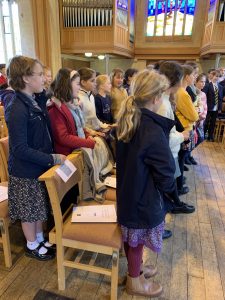 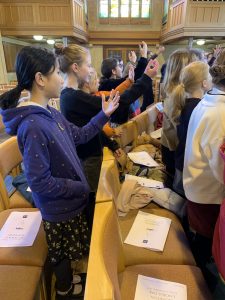 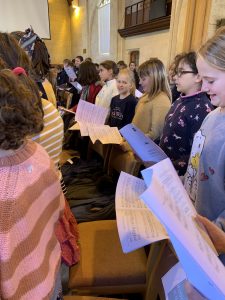 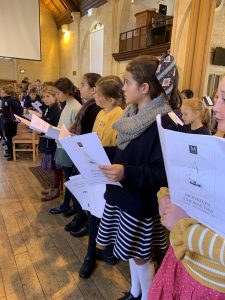 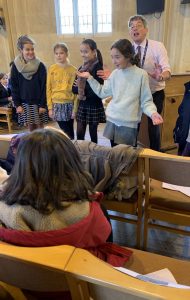 U10 A and B Hockey v Leweston

U10 A and B Hockey v Leweston The minibus was …

U11A and U11B Hockey v Leweston This afternoon all of …

On Friday the whole school gathered for Wellbeing day. After …

On Wednesday, the U13 Hockey team set off for Gillingham …